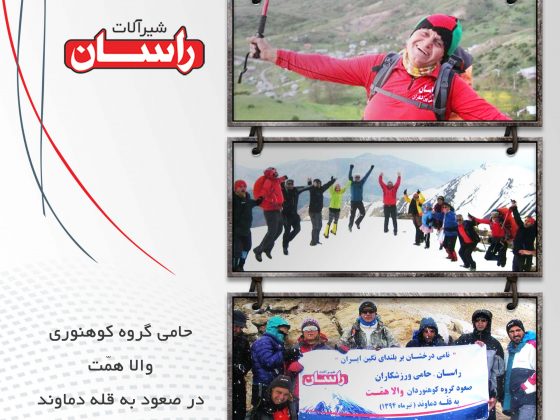 Rasan Sanitary Valves Company has always expressed its interest in various sports and by supporting athletes in various sports, has provided an opportunity for them to rely on their ability and effort in each sport, to be able to their pure talents. And use these abilities to create pride.

Rasan Valves is proud to have supported and helped Vala Hemmat mountaineering group in July 1994 to have a proud and exciting ascent to the beautiful peak of Damavand and to raise Rasan’s name as a model producer of the country’s sanitary valves on the heights of Iran.

Damavand Mountain is a mountain in northern Iran, which is known as the highest mountain in Iran and the highest volcanic peak in Asia, and is 5610 meters above sea level.

Damavand is the second highest mountain on the plateau of Iran and the Middle East, which is located in the central part of the Alborz mountain range in the south of the Caspian Sea. It is worth mentioning that Damavand Mountain was registered in the list of national monuments of Iran in July 2008 as the first natural monument of Iran. Damavand Mountain has also been one of the four valuable areas in terms of environmental protection since 2002 as a “national natural monument”.

The first person to claim the ascent to Damand was Abu Delf Khazraji, who mentioned his ascent in 292 AH (905 AD) in his travelogue and gave a description of Damavand Peak. After him, Qazvini, Mas’udi, Ibn Faqih and Nasser Khosrow alluded to the ascent of Damavand.

Every year, many mountaineers climb the peak of Damavand. Last summer, Shiralat Rasan, as a supporter of the group of high-ranking mountaineers, helped the group to reach the peak and provide the necessary equipment for the climb. The motivation of this group was to be able to climb Damavand Peak safely and successfully and to earn another honor for the name of Rasan Valves. 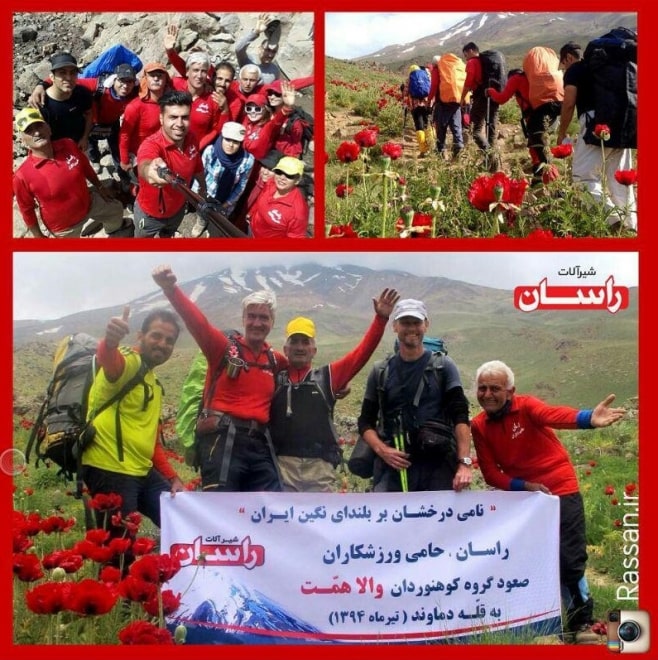 We hope that with our support for sports and athletes, we will always pave the way for them to climb the peaks of honor and we will remember these supports as an honor in Rasan’s record.

Recently, Rasan Sanitary Valves has announced its support for the runner of the Iranian national team to participate in the Olympic qualifying competitions, and has accompanied the 25-year-old athlete in some competitions

The flow of my life with Rassan