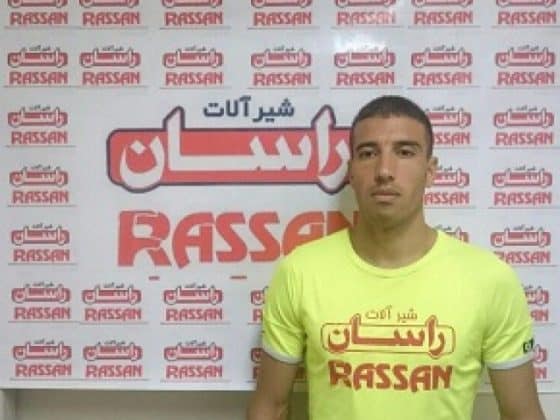 Rasan Sanitary Valves Public Relations informs those interested in sports and sports dear friends that Mostafa Ebrahimi, the runner of the Iranian national track and field team in the Kazan Cup competition in Kazakhstan, which was held on July 5 and 6; He took the first place in the 800 meters and won the gold medal of this competition.

Our national athletics team left for Kazakhstan with 14 athletes with the aim of participating in these competitions and winning the quota of the 2016 Rio Olympics in the Kazan Cup.

Rasan Sanitary Valves, which had recently announced its readiness as a financial sponsor of Mostafa Ebrahimi, the national runner of the Iranian athletics team, accompanied the athlete in this period of competition.

Mostafa Ebrahimi with a time of 1:49 seconds was able to take the first place. Meanwhile, the accepted record for the Olympic quota in the 800-meter dash is a record of 1:46 seconds, and with a difference of 3 seconds from the Olympic record, the young athlete won the gold medal at the Kazanov Games in Kazakhstan. It is worth mentioning that Mustafa Ebrahimi had already won the time of 1:47 seconds in the Baku-Azerbaijan competition, which was held with the financial support of Rasan Sanitary Valves, which was less than the accepted record of the Olympic quota. Read here to see the news of Baku Baku Azerbaijan tournament.

It should be noted that our country’s athletes have so far managed to win 7 quotas to participate in the Rio 2016 Olympics, so the remaining competitions are a valuable opportunity to gain an Olympic quota and achieve a record of qualifying for the Olympics.

Rasan Valves wishes success to this young athlete and all Iranian national athletes, and hopes that with his support and the efforts of this powerful Iranian athlete, he will bring honor to Iran and Iranians, and that this talented Iranian national athlete will be able to win the Olympic quota. Won in the upcoming competitions and qualified for the Rio 2016 Olympics.

We hope that with our support for sports and athletes, we will always pave the way for them to climb the peaks of honor and we will remember these supports as an honor in Rasan’s record.

Recently, Rasan Sanitary Valves has announced its support for the runner of the Iranian national team to participate in the Olympic qualifying competitions, and has accompanied the 25-year-old athlete in some competitions

The flow of my life with Rassan